The first time you visit the City of Aberdeen is certain to be a pleasant surprise. This beautiful and cosmopolitan European centre offers a diverse array of social and cultural attractions, not to mention the architectural splendour that one can only find in a place known as the City of Granite.

The excellent buildings, built from stones emanating from the old Aberdeen quarries, are located in close proximity to one another at the city centre, providing visiting tourists with an exquisite view of Aberdeen’s impressive stone core. Grand museums and galleries line the street, including the Marischal Museum on the stunning granite edifice of Marischal College. A mere stone’s throw away, you will find the Aberdeen Maritime Museum, a fount of history tracing the city’s rich fishing, shipbuilding and oil prospecting traditions. The Maritime Museum is an excellent vantage point for observing the hubbub at the nearby harbour, one of the busiest in Britain.

At the heart of the City of Granite lies Provost Skene’s House, the city’s oldest surviving townhouse and an absolute architectural wonder. Dating back to 1545, Provost Skene's House is a prime example of early burgh architecture. Inside, visitors can learn more about the city's historical past through its period room settings, such as the 17th century Great Hall, Parlour and Bedroom, the 18th century Bedroom and Georgian Dining Room and the late 19th century Nursery. The house also features a Painted Gallery with an intriguing series of religious paintings, a Costume Gallery that displays the changing fashions of the city's past and various displays of coins, archaeology and other items of local interest at the top floor.

Aberdeen has another nickname, this time founded on its lush and colourful landscape: “Flower of Scotland.” In a city that boasts of about two million roses, 11 million daffodils and three million crocuses, it is only fitting that Aberdeen’s leading attraction is the elegant Winter Gardens at Duthie Park, site of the resplendent Rose Mountain.

The Winter Gardens are one of the largest indoor gardens in Europe and the third most visited gardens in Scotland. It is renowned for its magnificent floral paradise and the rare and exotic plants from all over the world that are a-bloom all year round. The Winter Gardens offers the Temperate House, Corridor of Perfumes, Fern House, Victorian Corridor, Japanese Garden, Tropical House and Arid House, which house one of the biggest Cacti and Succulents collections in Britain.

Like its rich landscape, Aberdeen’s cultural scene is likewise a-bloom with its seasonal delights. The Art Gallery on Schoolhill leads a coterie of art galleries that feature outstanding collections of Scottish and impressionist artworks as well as contemporary exhibitions featuring various crafts, Aberdeen silver and a wide range of decorative art.

Meanwhile, Aberdeen’s nights are alive with a packed program of live musical and entertainment performances at venues such as His Majesty’s Theatre, Music Hall, Lemon Tree and the Aberdeen Exhibition and Conference Centre.

His Majesty's Theatre is a regular venue for the great majority of musicals and plays that unfold in Aberdeen, including a number of smash hits from West End and Broadway. The theatre’s annual pantomime during Christmas is a big hit every year.

The Music Hall on Union Street is a favourite venue for classical music and, of late, has become increasingly popular for offering other forms of music.

When it comes to pop and rock concerts, the Aberdeen Exhibition and Conference Centre on the A90 near the Bridge of Don is the place to visit. Regular wrestling events are beginning to get a following at this venue at well.

With its increasing array of blues, rock, comedy and dance performances, the Lemon Tree has started to rival the other more prominent venues in the city and is slowly establishing a reputation as a launching pad for alternative acts.

The annual calendar of activities includes "Rootin' Aboot," a spring celebration of Aberdeen’s roots and folk music and the International Youth Festival, a congregation of young performers from all over the world. Every year, Aberdeen also hosts the Alternative Festival, the annual October festival that features varied types of music, comedy and artistic performances; and the Winter Festival, a collection of different seasonal events and activities that bring joy during the darker months.

Aberdeen is also a natural coastal resort whose two miles of sand boasts of even more fascinating attractions: the Linx Ice Arena, Beach Leisure Centre, Codona’s Amusement Park; King’s Links and its fine array of bars, cafes, restaurants and golf complex; Pittodrie Stadium, home of the Aberdeen Football Club, among others. Nearby, visitors will be delighted to discover the Aberdeen Beach Fun facility, one of Scotland’s premiere leisure and entertainment centres whose facilities are open all year.

The city outskirts of Aberdeen have their share of novel attractions such as the Doonies Farm at Nigg, which only houses animals of a rare breed, and Hazelhead Park, a favourite destination for family outings with its own aviary, pet corner, riding centre, gardens and maze.

The famed fairytale figures at Storybook Glenn and the enchanting walks and trails at Countesswells and Tyrebagger Forests are only some of the unique offerings just outside Aberdeen. 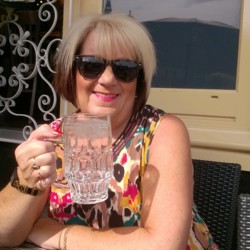 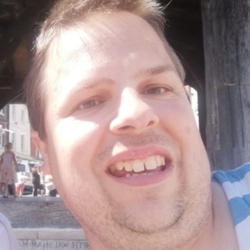 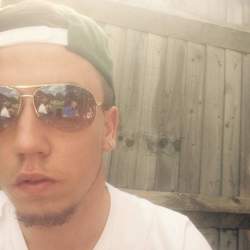 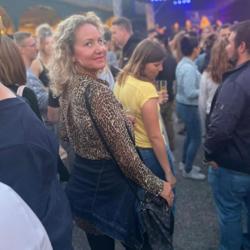